Integration at Midwestern College results in off site monitoring capability

Linn State Technical College is a small, Midwestern educational community dedicated to the development of the potential of each student. Class sizes are purposely kept small to encourage adequate individual attention and faculty-student interaction. The student body consists of traditional students who recently graduated from high school as well as working adults making a career shift or enhancing technical skills. While the majority of students are from Missouri, increasing numbers are from other states and countries.

Equipment to be replaced

This was the first time the company attempted this type of integration within a building. Steven Spicer, Service Technician, explained, “I spent a lot of time researching solutions and putting together a solution that would work for Linn State Technical College.” Steven Spicer spent time investigating approaches using Field Server technology and using a JACE by Distech. After researching both of these options, he concluded that the tech support might not be readily available.
“I decided on the S4 Open: BACnet-N2 Routers. I like the auto discovery feature and the fact that I could alter or create my own templates. There was a lot less set up required to use the S4 Open product. However, one of the main outstanding benefits of going with this solution is that Steve Jones and Brian Jones really delivered on service,” added Steven Spicer

The building owner, Linn State Technical College, reported to Jarrell Mechanical Contractors that they have never had this level of controllability with their two previous control systems. The fact that everything is integrated into one control system, instead of three separate systems, is a real positive for them. 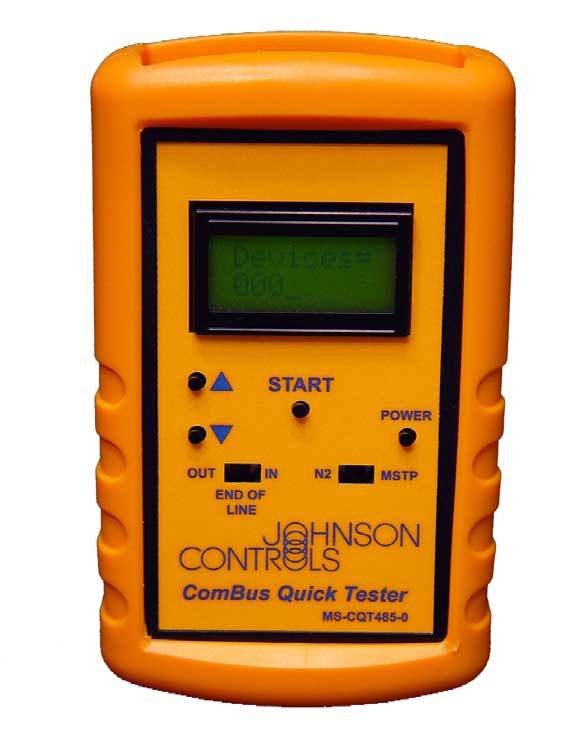 The project team from Jarrell Mechanical Contractors did not have blueprints of the building, so they did not know the number of devices on the different legacy N2 buses. The ComBus Quick Tester enabled the team to count the devices on each N2 bus, identify N2 controller and N2 bus failures that needed repairing before starting the integration process. It was also used in the N2 and MSTP configurations. Steven Spicer is very happy with the ComBus Quick tester and has since used it on several other service calls.

The final project architecture is the Trane Tracer Summit Software working as the head end. A central workstation hosts the customer interface. It supports BACnet IP out of one NIC card to access the automation network and supports internet access out of another NIC. There is one Trane BTMX BCU controller supporting 30 LON devices and communicating back to the head end with BACnet. Another Trane BTMX BCU controller is talking to four LON devices and communicating back to the head end via BACnet. One Polarsoft BACnet/MSTP to BACnet IP router enables communications with 29 BACnet/MSTP devices. Two S4 Open: BACnet-N2 Routers with single Downstream N2 Interfaces each support about 22 N2 devices and the third is equipped with two Downstream N2 Interfaces supporting 40 N2 devices. All N2 devices are TEC-1100 and TEC-2102 controllers.

The building owner, Linn State Technical College, reported to Jarrell Mechanical Contractors that they have never had this level of controllability with their two previous control systems. The fact that everything is integrated into one control system, instead of three separate systems, is a real positive for them. They are able to do all time of day scheduling, alarming, and set-point changes for all three buildings from one seamless graphical interface. We met and exceeded all of the customer’s expectations.

Jarrell Mechanical Contractors, founded in 1954, offers a unique engineering philosophy that combines the best of Design-Build and Plan and Spec. The intelligence, education and experience of their people reflect this philosophy, and the quality of their solutions consistently delivers exceptional results for their customers.