The Honeywell Project Manager, Shari Jacobs, did a fantastic job of assembling a great team to complete this project using resources from both inside and outside of the company. This project demonstrates the ROI of taking the time to analyze the project, determine what skills are needed to complete it, and ensuring those skills are represented by the team. Quite often the difference between a smooth project and one that lingers is the upfront planning and analysis, core technology selection, and identifying key personnel required to get the job done. 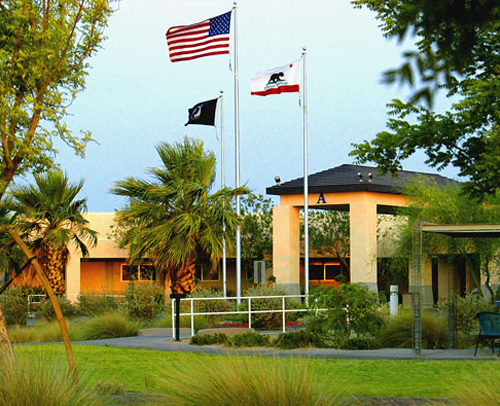 The customer identified two major goals for the project. The first, that the new Honeywell EBI will monitor and control all the existing JCI points, followed by the second, that the existing JCI computer will still be running in the background and be used as a backup system and JCI maintenance tool.

To achieve these goals the Honeywell team needed to update the outdated Building Automation and Control system, install new controllers for the central plant, install new state of the art front-end, all while keeping the existing AHU and zone controllers running and communicating with the existing Johnson Controls supervisory controllers and operator workstations.

The project included several major technical components. The Honeywell Enterprise Building Integrator (EBI) system is the new head end, as well as new Honeywell ComfortPoint Open (CPO) BACnet Controllers. An alarm server was needed in the building and this was met by installing a Honeywell JACE to the EBI. The project team used the S4 Open: BACnet-N2 Router to gather information from the Johnson Controls Legacy controllers and publish them to BACnet within the building.

There were 5 buildings included in the project. The main building has 2 N2 buses with repeaters. The initial plan was to install 2 BACnet-N2 Routers per bus in the main building, one was used to replace the NCM2 the other was intended to replace the repeater. However, as the project progressed the plan was modified so that the repeater in the N2 bus would be kept as it was. One BACnet-N2 Router was installed in each of the 4 satellite buildings. Each of these has one N2 bus with up to 30 N2 controllers.

During the integration process the technical team worked well together. Bob Caldwell, a consultant from Centaurus Prime, was the external Johnson Controls Metasys® technology expert, adding over 35 years of system integration experience and knowledge to the team. The Honeywell system expert for both Honeywell and JCI Metasys® technology on the team was Chris Citarella. Victor Wu, the onsite project manager, and Honeywell technology expert, coordinated the on-site activities and kept the idea exchange flowing in an effort to get the best solution for the Veteran’s Home.

The project has been completed with a total of six l 6 S4 Open: BACnet-N2 Routers serving data to the Honeywell EBIBACnetClient,AdvancedOperatorWorkstatio(B-AWS) environment as designed. The Metasys® operator workstations and supervisory controllers are operating as they always have with the BACnet-N2 Router being transparent to them. The BACnet-N2 Router has the ability to mediate when both the legacy Metasys® head end and EBI want to control the same point.

As mentioned above, after the S4 Open: BACnet-N2 Router was installed and configured, both EBI and legacy JCI Metasys® head end are co-existing. There is no noticeable communication delay for either system.

Chris adds, “While probably not required, the decision to replace the old JCI controllers in the Central Plant was wise. They would have been difficult to integrate and the programming would have remained in the JCI system. The sequence of operations has been greatly improved in the new controllers due to their ease of programming, modern design and flexibility.”

In fact, at the project’s conclusion, Sherri Jacobs stated “…the people involved in this were critical for how smooth it went. All the expertise that Bob, Chris and Victor brought to the project and the fact that they were all on site working together was key. The other critical component was The S4 Group’s support, availability, quick turn around on questions, fixes, product, without a doubt an example of extraordinary support for a product and teaming for success.”

She continued, “I was very worried initially about this project due to type of facility, weather, location, level or expertise needed, but at the end of the day for me it turned out to be almost worry free and the best part is the customer is very happy!”

Honeywell is a Fortune 100 company that invents and manufacturers’ technologies to address some of the world’s toughest challenges linked to global macro trends such as energy efficiency, clean energy generation, safety and security globalization and customer productivity. Honeywell‘s new EBI system will work with other applications and partnering with other applications and partnering with other integrators to bring multiple system outline with one head-end. Honeywell environmental controls, life safety, security, sensing, scanning, and mobility products, as well as building and process solutions, are at work in homes, buildings, industrial facilities, and public and private utilities around the world integrators to bring multiple system online with one head-end.

For more information about this project or others, contact Shari Jacobs, Project Manager, Shari.Jacobs@Honeywell.com 714-562-3010